In this trying economic climate, you hear a lot of vituperation directed at “fat cats.” The fat cats on Wall Street, the fat cats in Washington, the fat cats in the auto industry—all have been the focus of much public scorn, largely justified.

But let us not generalize too broadly. While we take the high-rolling scoundrel class to task for plundering the nation’s economy, let’s be careful to remember those many innocent fat cats who had nothing to do with the con games and scams that have so seriously wounded our financial system. Fat cats like Pete.

Pete would never try to sell you a bad mortgage, or give a bond a phony rating. If Pete somehow—and this is hard to imagine—but if Pete somehow drove a company to the brink of bankruptcy, forcing a taxpayer-funded bailout, he wouldn’t dream of using a single penny of that public money to line his own pockets. And predatory lending? Shoot, Pete hasn’t exhibited predatory behavior of any kind in years; not since back when he could still get up to a run (for short distances).

Pete’s just a sweet, warm, enormous pile of cat-flesh with nothing more devious on his tiny, guileless mind than an idle curiosity about when he’ll get his next meal.

Wear this shirt: stretched across the ample fat stores of your own generously upholstered frame.

Don’t wear this shirt: around Pete; he thinks the picture makes him look chunky.

We call this color: Baby-Fat Blue. 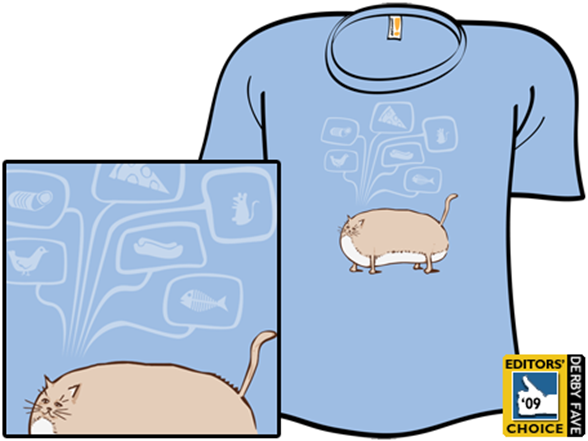 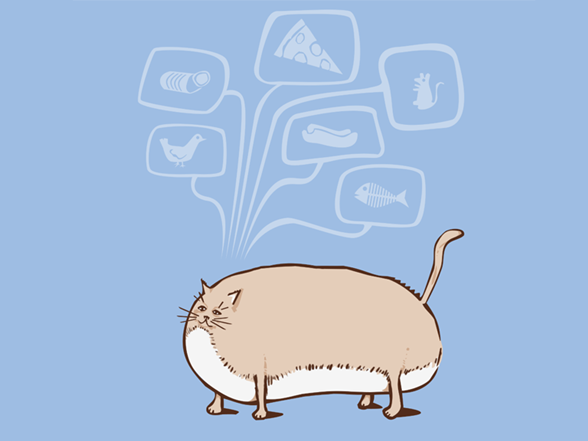 What can you say about a man called dirtdirt? This guy’s been a wooter for years, signing up within days of our debut. When he’s not making t-shirt designs or weirdorable drawings, dirtdirt hunkers down in Austin, Texas, which we hear is nice.