He didn't know anything beyond what he'd been programmed to know, so it wasn't strange to him that he grew. He'd never considered where he came from, never wondered how his parents met, never wondered about the old country where it all began. He was a traveler, and the first thing he'd ever seen was the sky. He flew with the balloon to which he had been attached, and that was how, in his mind, a robot was supposed to live.

So it was terribly strange to find that, one day, a little girl had caught his eye. She was far below the mountains and he likely would have missed her if his telescopic vision had been just a single degree less focused. What caught his eye was that doll, a wire-frame stick figure looking just like him. It must have been impossible to snuggle. Why would a little girl even want a doll like that?

In the weeks ahead, though, he would visit that spot again and again. The girl was always there, and the doll, and her voice was clear in his long-range audio input receivers. "I wish I had a real robot, a big robot, a robot I could love!"

For the first time, he began to question the purpose for which he had been created.

Was he really a thing of the air? Such weight, such strength, his long silver legs made useless by the tiny balloon at the end of his clamp… had he ever even opened that clamp? What would it feel like to move that hand at last?

Fear and hope. "Will you stay with me? For real?" And somewhere, somewhere deep in his cross-conflicted programs, a new command was found, a final decision was made, a forgotten gear was triggered...

...the balloon soared alone, like a spirit to the heavens. And the robot, last of his line, took his very first step.

Wear this shirt: when you're ready to commit.

This shirt tells the world: "The longest journey begins with but a single step… but it also ends the same way."

We call this color: At the first touch of the Asphalt, he knew he was home. And they lived happily ever after. 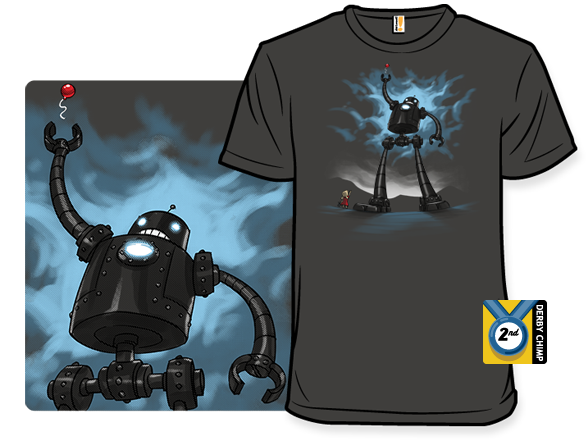 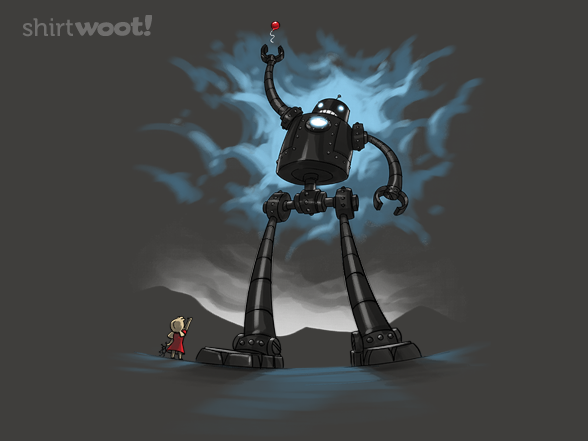 Patrickspens isn't actually a person. It's a person's pens. They came to life ages ago. What, you didn't know? It's right there in the name, people!