Place the large dinosaurs in the saucepan, full of the misfortunes, dangers and predators. Let dinosaurs simmer uncovered for exactly twenty five million years. Stir. You should see a reduction in dinosaur size, and notice around half the dinosaurs are gone.

You should notice that all the humans have left to populate the stars after a war with their android slaves, leaving behind mysterious artifacts, strange writings, and a few stragglers that think their civilization is only a few thousand years old. Pour them into a glass to dispose of later. The one remaining dinosaur will be white with feathers and seem really stupid. Consume. Serves 1-2.

Wear this shirt: to show the host or hostess that you can be very patient when dinner is running a little late.

Don’t wear this shirt: when you’re delivering pizzas in thirty minutes or less.

This shirt tells the world: “Wait long enough by the river and the body of your enemy will float by.”

We call this color: Once said a young lady named Jean/
To a boy with his own time machine/I’ll let you come over/When hell freezes over/So he called on her descendant, Kelly Green 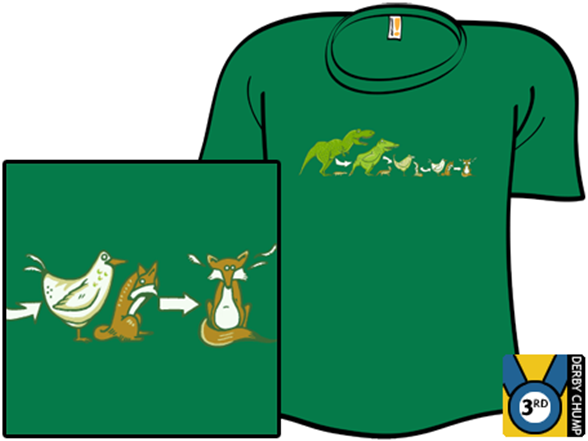 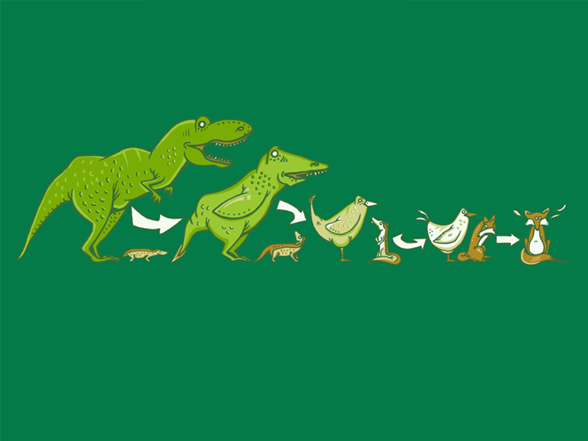