Roger? ROGER! What are you DOING?! The city is burning to the ground, we’ve got to get out of here! A PENNY?! Are you serious? That doesn’t change anything, Roger! A penny is not going to have any effect on the events unfolding here in the year 2012! I honestly think, in the grand scheme of things, it doesn’t change much.

Why are we even debating this?!

We have to get to that airfield so we can fly to China and try and sneak aboard those arks before they seal shut to endure the oncoming floods and earthquakes! To say nothing of the monsters and robots kicking around here.

Roger, we’ve got to leave before the fires- Hey, does the smoke seem like it’s clearing a little?

No, I’m sure it’s not related to the penny! That doesn't make any sense!

Wear this shirt: To the casino. Might as well put it to the test.

Don’t wear this shirt: During the apocalypse. You’ll probably want something with a little more protection.

This shirt tells the world: “Luck? Optimism? I don’t care to learn the difference.”

We call this color: It happens completely by Asphaltident 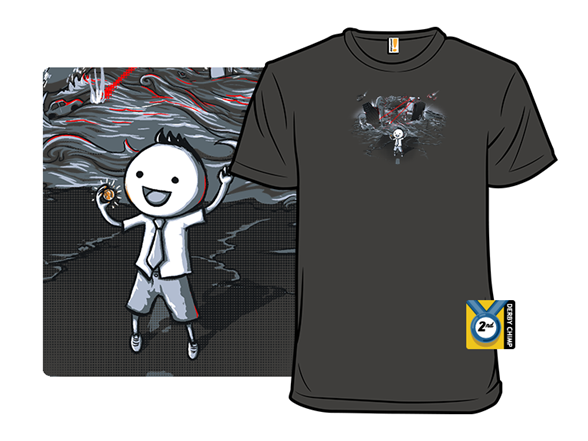 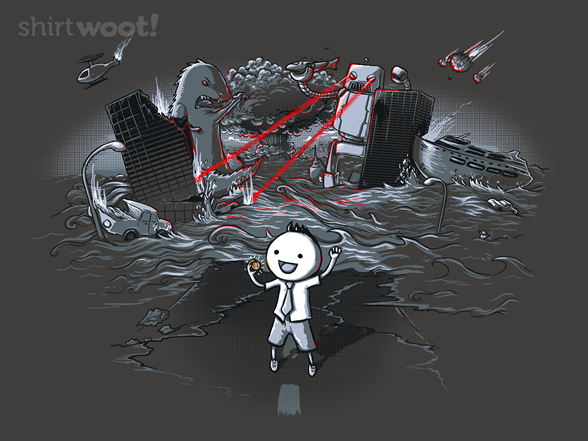 If you look real close in the last scene, you can see a giant rock fall from the sky into the ocean. I think that proves ramyb is actually an alien, not a deep sea monster. Also, if you play that radio static over the credits backwards it says, “It’s still alive.” Sequel!