You were gonna bring them down from inside, remember? You were going to be the Mister X of office supplies, the Chris Burden of advertising, the Wild Man Fischer of corporate accounts. You were gonna set an example so powerful that they couldn’t help be gravitate to you, and a decade from now the whole stinkin’ world would be different. Only somewhere along the way, that tie started looking pretty nice. And that city, well, now it feels like home. You don’t want to smash up your home, do you? You just want to make it better. So maybe that’s the way to go. Little changes, baby steps. The occasional unauthorized sick day and a few bucks on some spray paint. People like a familiar image to make them feel like they’ve got choices. Really, though, The Man isn’t such a bad guy when you get to know him, right?

This shirt was designed by: derekfilley, whose persistence has won him a copy of Sid Meier’s Civilization® Revolution™ and a poster signed by the development team. He’s submitted variations of this design to four different Derbies and it looks like the fourth time is the charm. Good thing, too, because we don’t know how he’d have handled Derby #44 (Chocolate Cake). Way to never give up, Derek!

Wear this shirt: when you want to rebel, but fashionably. You might be on television, after all. Who wants to follow an ugly revolutionary?

Don’t wear this shirt: when you’re out jogging at night. Night joggers should wear bright and reflective clothing so that they can be easily seen.

This shirt tells the world: “I’m against something!”

We call this color: There Once Was A Man Named John Galt/Who Felt Poverty Was Not His Fault/Made By Some Russian Bird/Those Who Follow His Words/Generally Turn Out To Be Real Asphalts 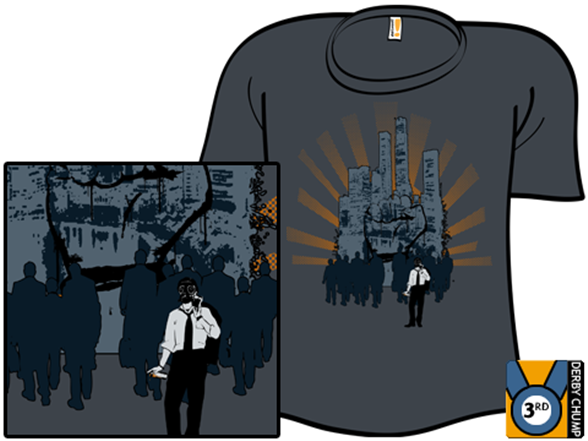 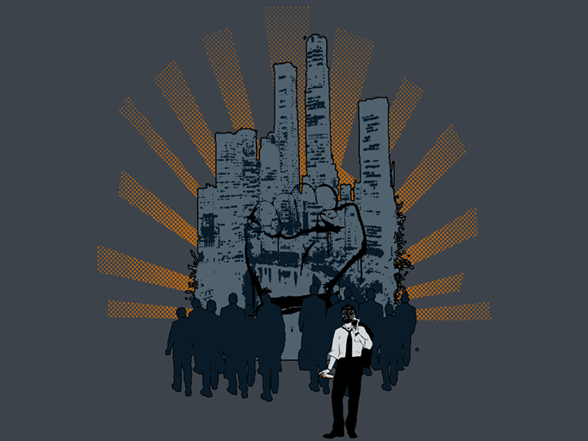