No honey, I’m not mad that you got caught eating Pop Tarts at school. I want to be mad, but I just can’t be. That would be hypocritical. You see, when I was just a little kitten like you, I also ate the Tarts at school. A lot of them. Usually right before I had to go home.

They just made me feel so alive. It was like, when I was on the Tarts, everything my whiskers touched was the REALEST THING I’D EVER FELT! When I got home, my bed would be glowing, and when I laid down on it to sleep, I’d dream I was soaring through space with a Pop Tart for a body, leaving a blazing rainbow trail in my wake. It was like if someone grew catnip on the moon, that’s how potent those Tarts were.

So I know why you’re drawn to them, sweety. But trust me, it’s not all rainbows and stars. After a while, they start to affect your perception of reality. When I’d wake up after a night of Tartin’, everything would seem grey. The very things I used to love – shoe laces, plastic bags, those little things that keep the caps on milk jugs – none of them held any appeal anymore. I didn’t feel like I could be myself unless I’d sunk my teeth into one of those delicious Magic Pop Tarts.

Wait, what? You weren’t talking about Magic Pop Tarts? Just regular Pop Tarts? Oh… Well then, forget I said all of this. Mommy was just joking. She’d never do crazy stuff like that…

Wear this shirt: to the outer reaches of the universe (read: internet) and beyond!

Don’t wear this shirt: if you’ve got one of those friends who’s going to see and go into some huge diatribe about the dangers of eating prepackaged, preservative-heavy breakfast pastries.

This shirt tells the world: “I’m above pop culture references, but references to a meme involving an 8-bit cat? Now that’s something I can get behind!”

We call this color: Asphalt, or what the world looks like when you’re coming down after a Pop Tart bender. 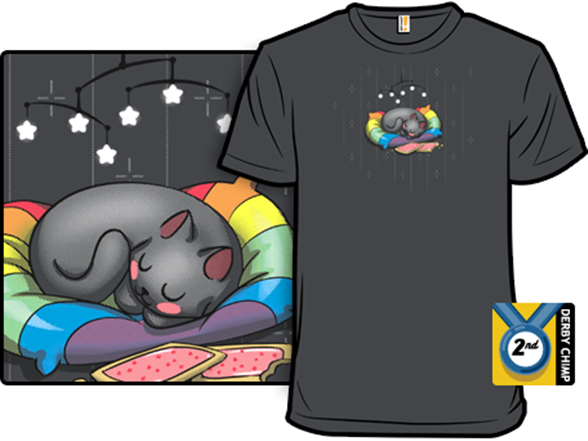 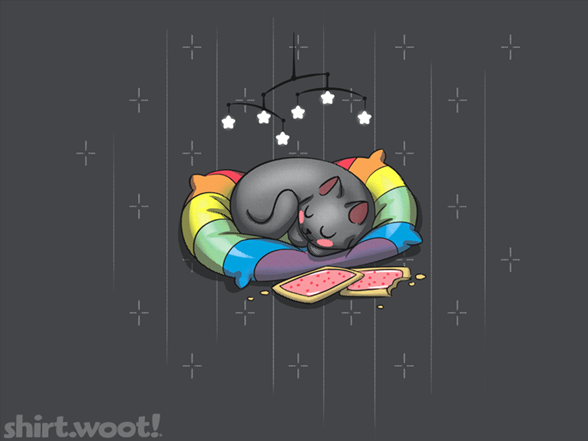