Andreá Windspeaker wiped her bloody sword on the pristine snow and sheathed it. She gave a brief prayer to the Seven Gods, kissing the rune that hung by a laniard on her neck and kneeling over the body.

"He died well." Andreá said to her companion. But he paid no heed, for in addition to being a vagabond adventurer, Trailston Hellbrow was also an accomplished novelist. He huddled over his leather-bound notebook, scribbling furiously:

"Xeron gave a garbled laugh through his fifteen mouths, spitting foul, bilious venom on his captures.

'The Aggregated Planets are but a house of cards, you bipedal scum. If I but blow on it…" Xeron did so, wafting more foetid air onto the crew. "…it will fall to dust.'

But Captain Algernon paid little heed, for in addition to being a vagabond space-smuggler, Algernon was also an accomplished holo-writer, and was busy mind-transcribing his latest tale:

"'Thaddeus arched his back, sending waves of musculature rippling along its ample surface. Miss Warpole gasped aloud, despite herself.

"Have I startled you, m'lady?" Thaddeus asked, wiping sweat from his swarthy brow.

"Oh…oh, no. By no means. By no means at all. It's just.." Miss Warpole sidled closer to Thaddeus, unconsciously thrusting out her bosom. But Thaddeus paid little heed, for in addition to being a vagabond casanova, he was also an accomplished epic poet…'"

Wear this shirt: worry-free on your trip to the ink factory.

Don't wear this shirt: in Lake-town.

This shirt tells the world: "The sword-pen is mightier than…itself?"

We call this color: Silver-tongued. 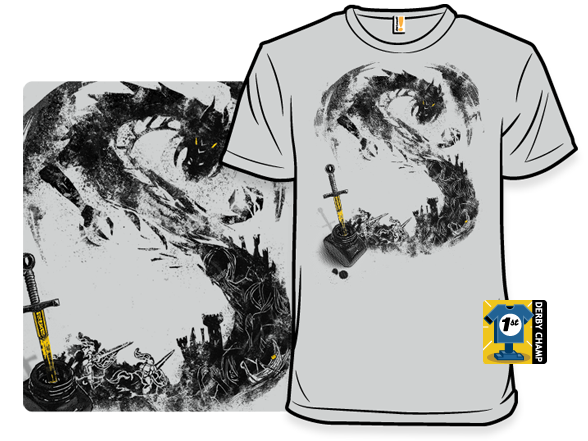 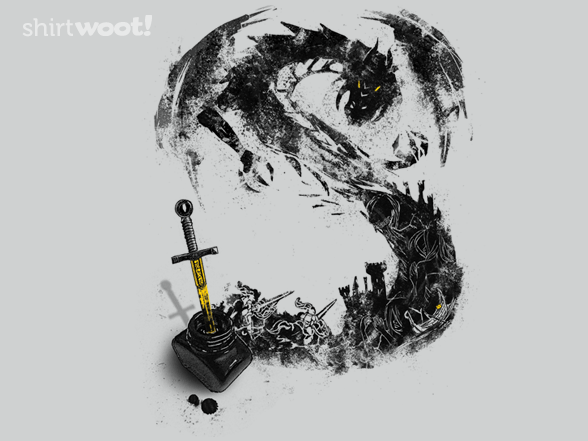 rasabi calls them "maple bars" and laugh derisively at anybody who calls them "long johns."