It’s probably no one’s fault. There’s nothing you can do. Maybe it would have been fantastic if you’d met on a different day. If you were on the other side of the street, if they had been walking a little slower, if there had been a breeze, so many little maybes that might have changed the whole world. But you weren’t, and they weren’t, and there wasn’t, and that’s that.

Like a loyal wooter and a Bag of Crap, sometimes it just doesn’t work out, even when you do all the right things. Sure, it hurts, but that’s just the way it is. All you can do is tell yourself it wouldn’t have been worth all the static electricity, and move on. There’s going to be another Valentine’s Day next year, after all. And, strictly statistically, a good percentage of people are gonna get dumped in the next forty eight hours.

Wear this shirt: if you’re into sad balloon art.

Don’t wear this shirt: if someone has you on pins and needles.

This shirt tells the world: “Will you be my Valentine? What if I have cash?”

We call this color: Have A Chocolate, The Brown Centered Ones Are Caramels And There Is A Map On The Lid 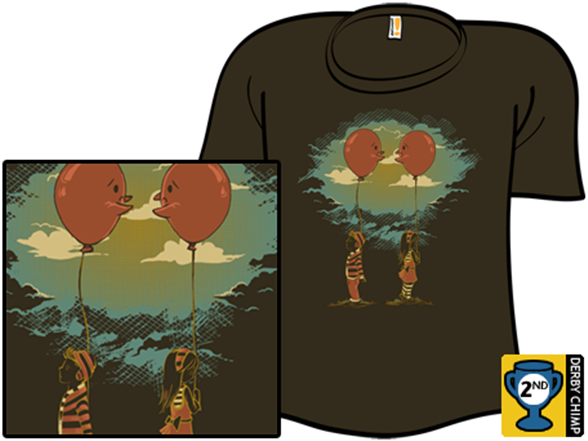 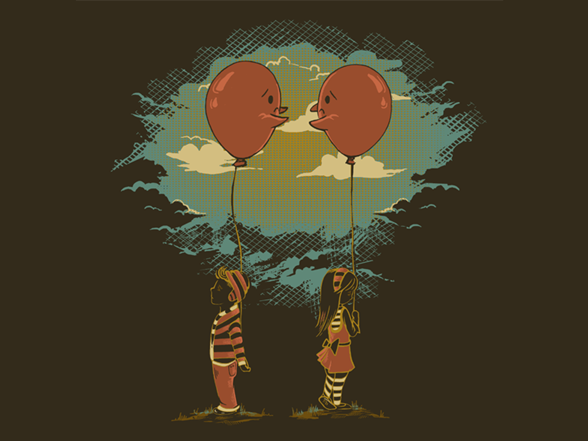 This shirt is a collaboration between the adorable BootsBoots and the ugly fat jerkface ramyb. BootsBoots is a giant black kitten with fuzzy white paws and ramyb actually owns a wallet that says “ugly fat jerkface” on it. Seriously.

Hometown:
Baltimore, MD
Websites:
Imposter
Grim Optimism
Defrost
A is for Atlas
The Choice Was Not Hard